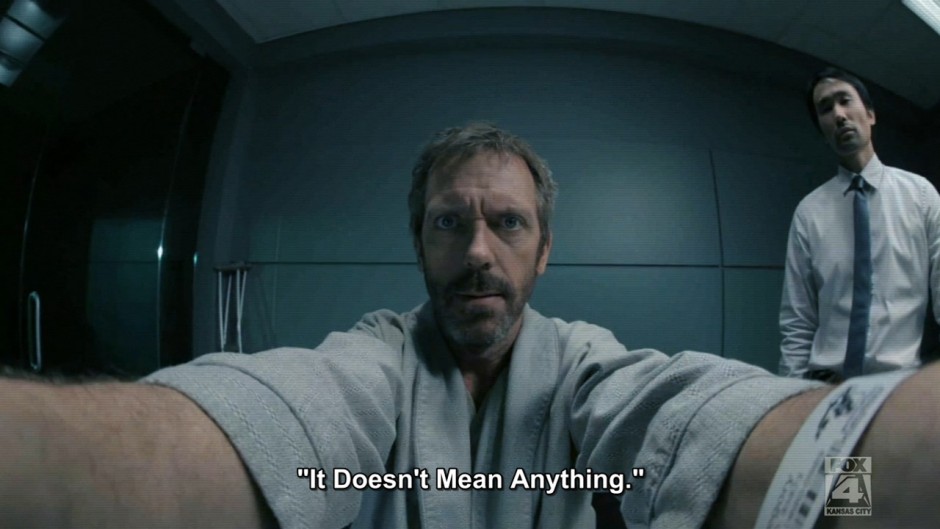 I’m not a big fan of stories. In fact, I lost my interest in stories a long time ago. I easily get bored when I’m exposed to a story, so much so that I would rather read an article on a subject that I don’t like at all than read a story – real or made up by someone. I like to learn things, I want people to say what they have to say as directly as possible, and I’m not interested if all they have is a pretty little story.

It was sad that all required reading were novels when I was in school; we were left, perhaps unintentionally, to think that book equals novel, and reading equals reading stories. I still remember how thrilled (and mad against my past teachers) I was when I first discovered that there are other things to read than stories: books on science, philosophy, art, design… A treasure carefully hidden by education.

For a long while now, my rule on stories when it comes to reading has been pretty strict and simple: I don’t read stories. But it gets a little more complicated when it comes to visual storytelling. For one thing, watching is easy – stories (especially novels) aren’t worth the effort of reading, but I can spend two hours watching them when I’m bored or tired. Plus, I get kicks out of good tricks of visualization as a visual thinker. For one reason or the other, I have watched some of the popular TV series. They all were little doses of entertainment in days of work or boredom; and with time, I lost interest in all of them. I couldn’t imagine what it was like to be a “fan” of a TV series until I hit upon House MD. It was different.

I was introduced to House MD by my girlfriend who said “You have to watch this, there is a guy who thinks like you and another who looks like you!” But these personal identifications aren’t the only reason why House MD is so special in my view – there is an objective one. Amongst all the shows I watched and I know of second-hand, House MD has a special attribute. It isn’t an all-embracing mythology like the others. A hardcore intellectual standpoint, a strict worldview is described, even advocated in House MD. It eliminates all old/new sanctities from religion to humanism; touches all the hot spots from free will to love, from death to polygamy with a physicalistic and evolutionistic approach; it mocks all conformist courtesies and habits. Believe it or not, episode by episode it piles a philosophical system with its ontology, epistemology and ethics. Considering how subtle the implementation is, this show fits into one of the definitions of good art as far as I’m concerned; stories of philosophy and science.

But can good art also be a popular culture item? To my surprise, House MD does all this within the popular culture: everybody loves it. I’ve never seen someone who doesn’t. And why is this interesting at all? As I said before, what House MD does is to proudly present a radical worldview – that I personally embrace – to the public, and that’s why I’m so interested in what people think of it. I’m pretty sure that nearly none of those people around me who “absolutely love” House can tolerate the worldview presented in the show. These are all people who say “Bless you” when somebody sneezes, or believe in the sanctity of human life. I’ve heard “House? It’s awesome!” from such people that I wondered if we were watching the same show. Something doesn’t add up.

One possibility is that they are not aware of what they’re watching and that all they understand from the show is how “awesome” Gregory House is. This doesn’t sound plausible to me because it is the very same philosophical and social standpoint I described that makes House who he is. Another probability is that they notice the intellectual blizzard going on but this doesn’t trigger anything in their minds apart from House becoming as cool a character as Barney Stinson; it is all cast aside as a tool used for the dramatic unfolding of the episode. Either way, all these people continue to watch House MD as if they’re watching How I Met Your Mother, and to perceive it at the level of “who did what to whom” – the level of story that I despise.

I’m still waiting to meet a clever, honest and coherent person, interested in more than the story, saying “I watched House MD, they have good stories and interesting characters but the worldview presented there bothered me, so I’m not a real fan of it”. I’m not that naive to expect everyone to think on what they watch, but, I mean, nobody? Not one?

Years after writing this, I’ve just watched the How I Met Your Mother episode ‘Something Old’, where Ted Mosby confesses:

Maybe it’s dumb to look for signs from the Universe. Maybe the Universe has better things to do – dear God, I hope it does. Do you know how many signs I’ve gotten that I should or shouldn’t be with somebody, and where has it gotten me? Maybe there aren’t any signs. Maybe a locket is just a locket, a chair is just a chair. Maybe we don’t have to give meaning to every little thing. Maybe we don’t need the Universe to tell us what we really want. Maybe we already know that deep down.

A lot of unnecessary ‘maybe’s, but more power to the writers!

With Charity Toward None: A Fond Look at Misanthropy

The Story of a Clever Young Man