I’m proud to announce a huge upgrade for my History of Philosophy, both in content and in interaction design. I’ve been reading the whole summer to add 48 new philosophers and 317 new sentences to the mix (mostly from Thomas Baldwin’s Contemporary Philosophy: Philosophy in English Since 1945) nearly doubling the amount of content, and Hüseyin Kuşçu has implemented many functions we had envisaged such as the “show further connections” button, the reference tooltip, and a menu containing the search tool, the branch filters (ontology, epistemology, etc.), and the name index.

The below image shows the amount and the positions of new content in color (dark red is Contemporary Philosophy, and other colors are various sources) compared with old content (in gray) from Magee’s The Story of Philosophy. 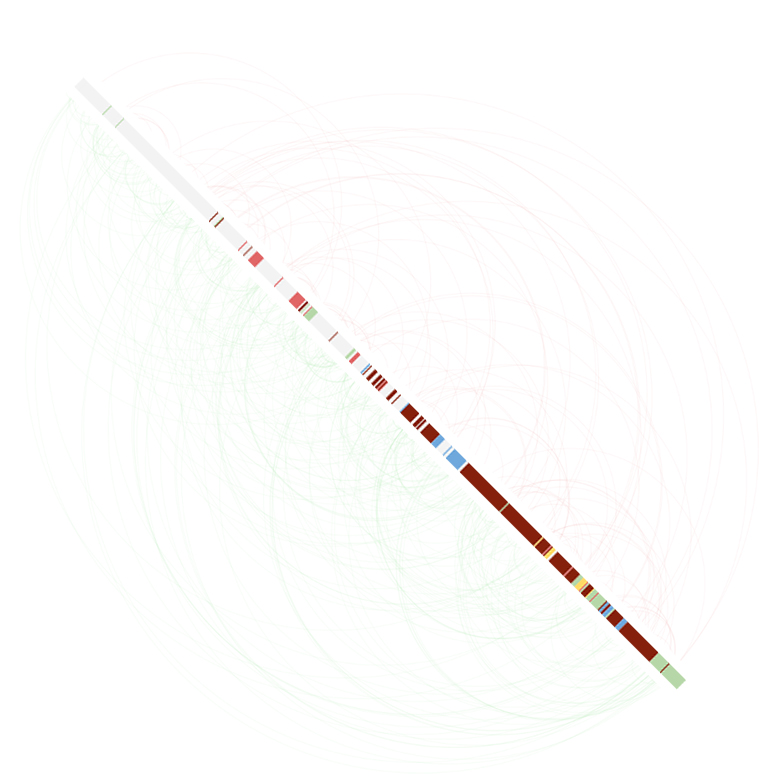 Overall, this content update was an important threshold (the end of what I called Phase II) for the development of this project since it now has a backbone coming to our day, so the next updates will be smaller (maybe one philosopher at a time) and more frequent. I’m very happy that with this update I was able to introduce a fair amount of philosophy of mind, one of my favorite fields (and Daniel Dennett, my favorite philosopher). Next, I plan on including some more figures from Continental philosophy which is underrepresented right now because of my prioritizations. 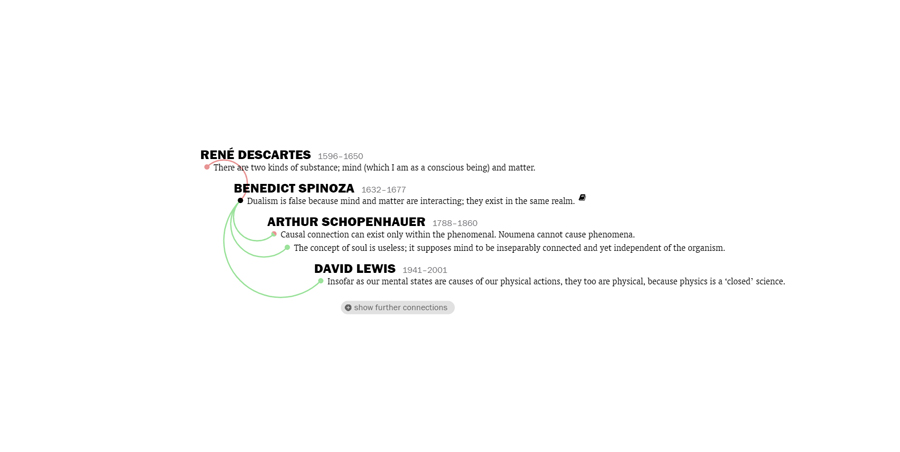 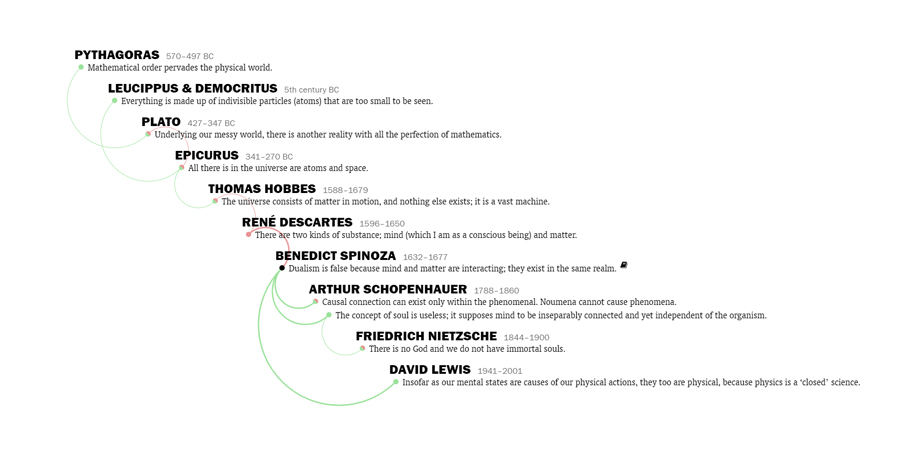 The reference tooltip, visible when you click a sentence, shows the source of that sentence. (I may be paraphrasing the sentence if it’s coming from a secondary source like a book of history of philosophy, but I try to quote it as it is – as long as it’s not too long – if it’s from the philosopher.)

Our new menu includes a search bar where you can look up terms and jump to the related sentences in the visualization with one click. 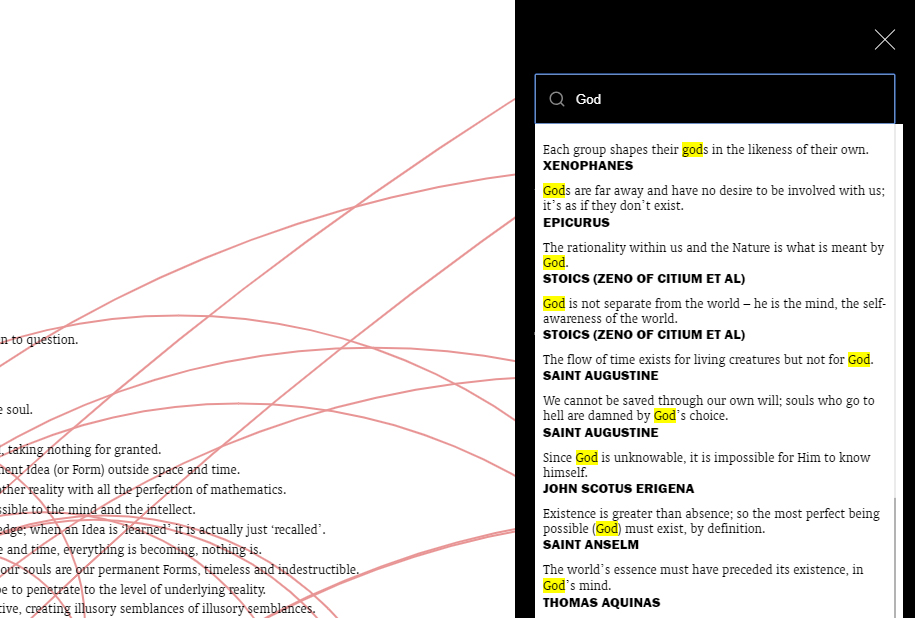 With the new branch filter, you can highlight sentences from specific branches (aesthetics, epistemology, ethics, ontology, political philosophy, theology). For now, I wanted to keep this list small and stick to the main categories instead of adding the newer terms like philosophy of language, philosophy of mind, etc. This may change in future.

Hüseyin also included an alphabetical index of names, showing the branches of their sentences and allowing the user to jump to a philosopher in the visualization by clicking on the name.

Enjoy. (Best viewed in Chrome, desktop, with a mouse for dragging and wheel-zooming.)

Here’s a surprisingly useful thinking tool for anybody interested in the history of Western philosophy: a sort of garden of forking paths of argument. https://t.co/AH1ophVXH8

A stunning, interactive visualization of the history of philosophy by @denizcemonduygu, showing the positive and negative connections between some of the key ideas and arguments from philosophers https://t.co/vHvluivXsM

Love this interactive timeline of philosophical ideas. Not only to you get the ideas, but linkages showing who agreed/disagreed with whom.https://t.co/y2H0j2LmbA

The History of Philosophy Visualized in an Interactive Timeline https://t.co/bDJeFrzbVT pic.twitter.com/96EyesWB5z